Live broadcasting the presentation of the new Audi Q8 in China

“For the Audi Brand Summit in China we would like a worldwide live stream from the presentation of the new Audi Q8 on ALL our channels”, was the challenging mission from our customer Audi.

No sooner said than done. The show with a length of 1:15 h and the live signal had to be delivered onto the Audi channels: Audi MediaTV, Smart TV, a 2nd Screen App, YouTube, Facebook (streams in German and English), Twitter and the Audi intranet (Audi mynet).

On short notice, the demand to a create a pre-show before the main event was brought to us. We came up with the idea of broadcasting live from an “Audi MediaTV” studio with interviews and video shorts for a “warm up”. We then made sure to accordingly set up the technology, resources as well as recording and editing capacities in China.

The switch from pre-show to main show was seamless. The live broadcast was entitled to be Audi’s largest and most successful in numbers so far.

Thanks to: China Television Service CTVS and G&L 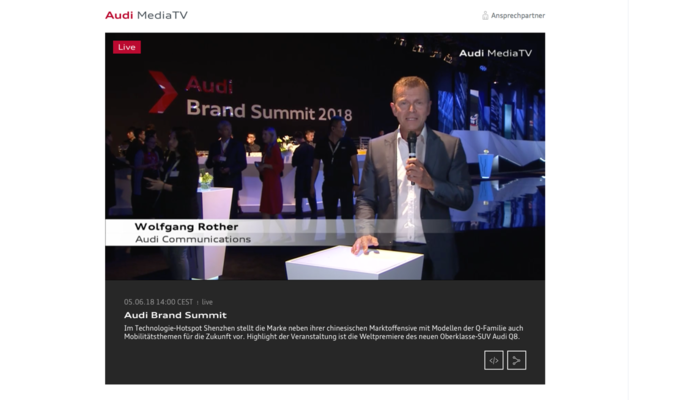 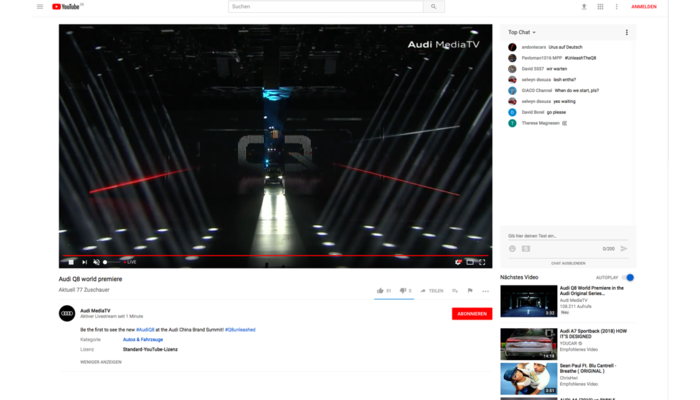 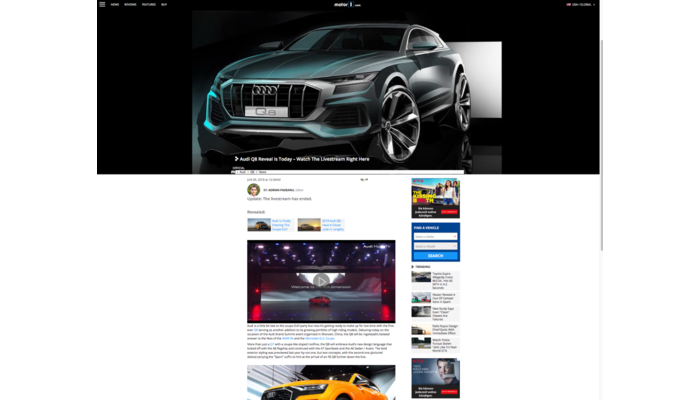 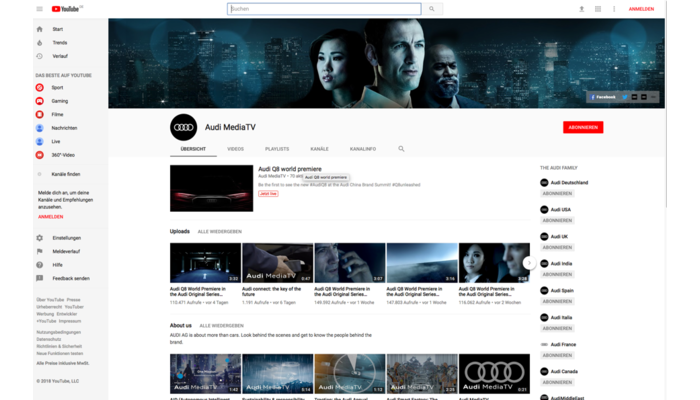 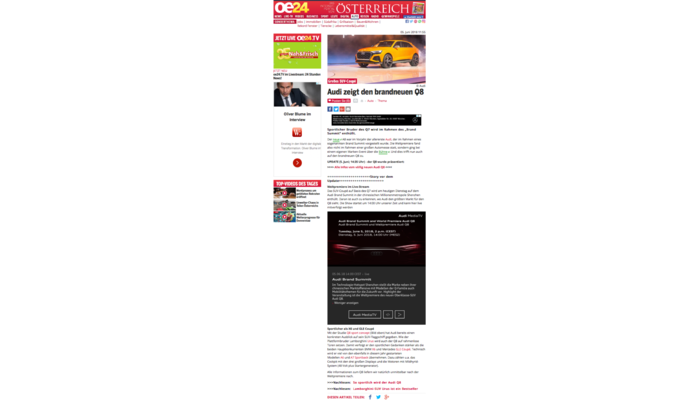